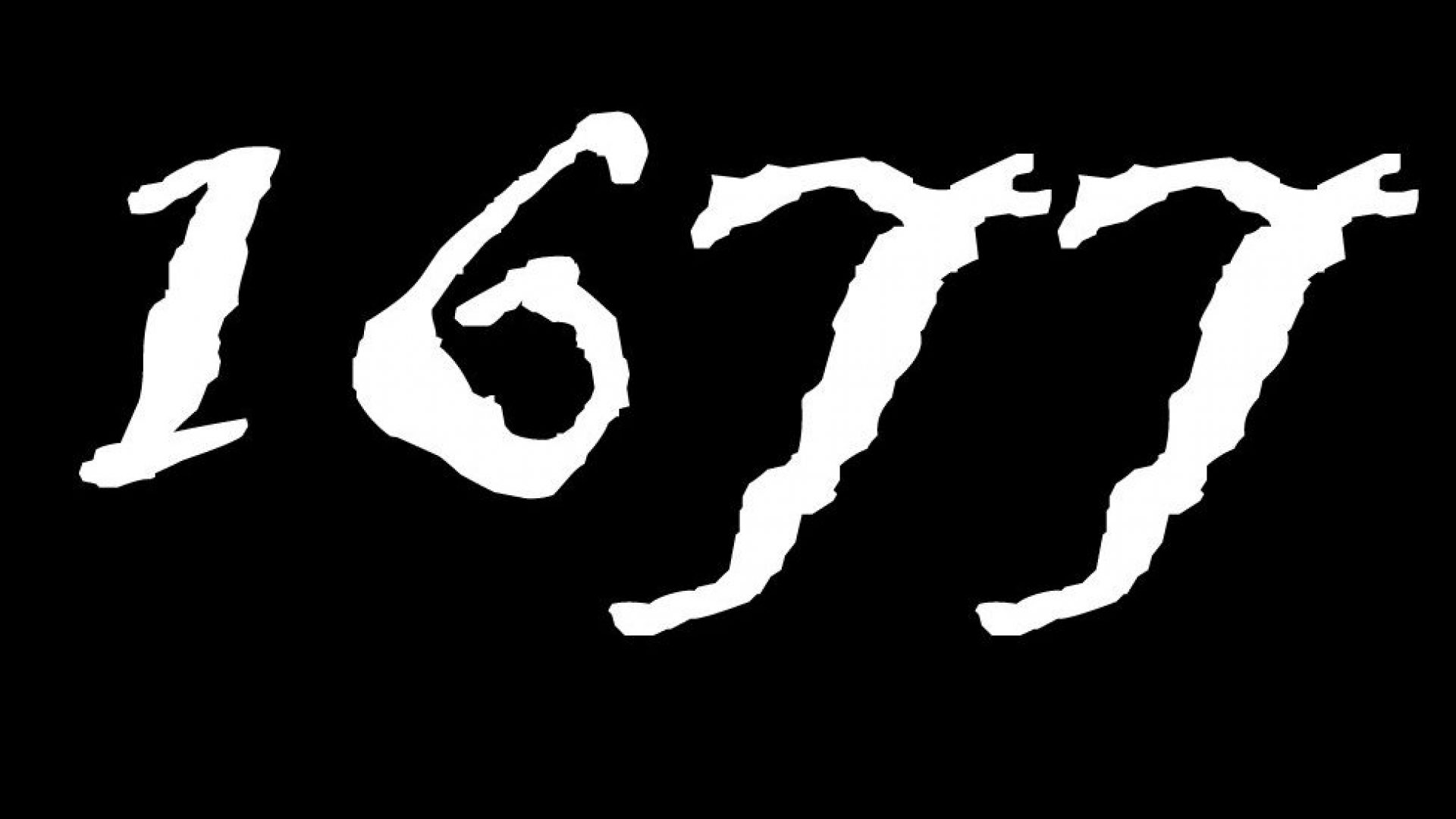 The short answer is yes and no.

You see, when an individual identifies as a Reformed Baptist, they are identifying with an existing tradition. Specifically, they are identifying with a tradition which originates from the English Particular Baptists of the early 17th century. From the very onset, this group adhered to the promulgation of the Reformed tradition, and advanced the ideas of Calvin, Zwingli, Bucer, and Bullinger. However, they disagreed when it came to both baptism and the interconnected Paedobaptist view of Covenant Theology which underpinned infant baptism. The idea of infant baptism being, as many early Reformed Baptists reasoned, a holdover from the papacy.

For holding such a position, amongst other things, Baptists were persecuted as heterodox non-conformists. Yet, it is during this time of persecution that the Particular Baptists wanted to stress their continuity with the Reformed tradition and thus came out with their first, well-known, confession -- the 1644/1646 London Baptist Confession of Faith which was adopted by many Baptist congregations. Yet, even with such a document, many still remained skeptical concerning the theology of Particular Baptists -- therefore, some time after the publication of the Presbyterian Westminster Confession of Faith in 1646, Particular Baptists met once again to issue a new document to explicitly stress both the points of continuity with the Presbyterians and the areas of contention. This document was known at the 1677/1689 London Baptist Confession of Faith, which whilst published in 1677 anonymously to prevent further persecution, was only officially adopted by Particular Baptist congregations in 1689 after persecution had dissipated with the ascendency of William and Mary to the English throne.

Throughout the 18th century, Particular Baptists continued to be confessional, either adhering to the existing confessions or composing new smaller ones for use in their own respective congregations. However, it was understood that Particular Baptists were creedal people who held to 'Reformed' confessions and stressed continuity with the 'Reformed' tradition. This was the hallmark of all Reformed Baptists.

Today, however, the term Reformed Baptist is used by some to convey specifically that one holds to the doctrines of grace otherwise known as Calvinism. While Calvinism, as evidenced by the popular acrostic TULIP, is an important part of Reformed theology, it by no means, as the Presbyterian theologian R.C. Sproul rightly puts it, "exhaust[s] this system of doctrine. There is much more to Reformed theology than the five points." Indeed, the Reformed tradition, some may be surprised, is even more than the five solae.

Byron G. Curtis, a theologian based at Geneva college, deftly adds that the Reformed faith, while including the Solae and TULIP, also includes the following distinctives:

Suffice to say, the historic usage of the term 'Reformed' had more connotations than what some people attribute to the term today.

However, this takes us back to the original question -- Can one be a Reformed Baptist and not hold to the 1677/89 LBCF?

To which, we answer: Yes. If the beliefs held by a Baptist are in continuity with the Reformed tradition, which involves the above, but does not specifically hold to the 1677/89 LBCF, than they can, indeed, be considered a Reformed Baptist. (For example, we'd consider brethren who held to either the 1644/46 or the 1966 Baptist Affirmation of Faith as fellow Reformed Baptists if they also held to the above Reformed distinctives.) However, if one only holds to the doctrines of grace or the five solae in isolation, than No. They should be considered a Calvinistic Baptist instead.

2. What’s the Difference between Reformed Baptists and Other Baptists?

Despite the shared name of 'Baptist', there is a considerable difference between the majority of today’s Baptists and Reformed Baptists.

From almost the very beginning of the Baptist 'movement' in England in the early 17th Century, there have been two major, distinct, groupings of Baptists. Both groups represented an earnest desire of Separatist congregations to rediscover the Biblical pattern for a local church. The first noted congregation was that which was led by John Smyth, an Anglican minister, who later absconded from England to Holland with his congregation after they faced persecution for coming to a firm view of an independent, Separatist, church. In 1609, having further studied the Bible ardently, Smyth and his congregation became convicted that it was believers’ baptism, not infant baptism, that was the ordinance which marked out the visible church. It was also during this time that Smyth encountered the Mennonites (an Anabaptist sect) and sought to join them. This lead to a church split, where one of his colleagues, Thomas Helwys, lead a splinter group who disagreed with Mennonite doctrine back to England in 1612. This was effectively the inception of the ‘General Baptists’ who were firmly Arminian in doctrine.

In approximately 1633, a group succeeded from a Calvinistic Separatist Church (Congregationalist) which had been founded by Henry Jacob. Having come to the conviction that believers only were to be baptised, this group under the pastor, John Spilsbury, set up the first ‘Particular Baptist’ church. They were called ‘Particular’ because they held to the Calvinistic theology of particular (or limited) atonement. Both the General and Particular Baptists grew steadily until 1660, when persecution was increased against dissidents (non-conformists) outside of the Church of England. Both groups were often seen as heterodox due to the misconceived understanding that they were Anabaptists or Arminian, which was true of only the ‘Generals’.

To answer charges of heresy, both groups issued confessions declaring their own beliefs. For the Particular Baptists, this was the “1644/1646 London Baptist Confession for Faith”. Whereas, for the General Baptists, this was “Faith and Practise of Thirty Congregations”. The Particular Baptists later issued a new confession in 1677 which was largely based on the Presbyterian Westminster Confession of 1647 and the 1658 Congregational Savoy Declaration of Faith and Order. This was done to explicitly stress both the points of continuity with Paedobaptists as well as areas of contention, and attempted to illustrate that the Particular Baptists belonged firmly to the Reformed tradition.

Going into the 18th century, theological sluggishness entered into many Particular Baptist congregations, and some became General Baptists, whereas others embraced the error of Hyper-Calvinism. However, a strong faithful presence remained under the likes of men such as John Gill, Andrew Fuller, Alexander Carson, William Carey, and the Haldane brothers. For the General Baptists, however, this marked a time of theological regression where creeds and confessions were seen as too restrictive and were eagerly cast off. Consequently, error quickly entered into the vast majority of congregations, notably that of Unitarianism, which rejected the deity of Jesus and the Holy Spirit. That led under the leadership of Matthew Caffyn to a severely damaging split of General Baptists in 1693, where a smaller, orthodox, splinter group of General Baptists succeeded from the General Assembly. Unfortunately, in 1731, the two rival groups united, choosing denominational unity at the expense of doctrinal agreement, and a lethargic spirit of indifferentism to Christian doctrine ensued.

In 1813, a Baptist Union was formed within the UK by Particular Baptists. However, through the work of Robert Hall (1764-1831) and others, the Reformed theological distinctives of many Particular Baptists eroded. This paved the way in 1833 for the restructuring of the union to allow membership of ‘evangelical’ General Baptists – by which time, an incipient Liberalism had entered the pulpits of many Baptist churches. Charles Haddon Spurgeon, probably the most famous Particular Baptist of all time, had been a member of the Union, but by 1887, it became almost impossible to stay within the Union due to the increasing Liberalism and denial of core doctrinal truths. Thus, Spurgeon, who also held to the 1677/1689 London Baptist Confession of Faith (LBCF), firstly attempted to warn against Liberalism, and finally resigned. That choice led to the “Down-grade Controversy”, which was to have significant ramifications for Spurgeon’s health.

In Australia, many of the original Baptist ministers in the country were also Particular Baptists, like John Saunders (a missionary from William Carey’s Baptist Missionary Society) and John Ham, and the original associations founded within the nation were influenced by this dynamic. However, due to ongoing theological indifference, by the time of the founding of the Baptist Union of Australia in 1926, Baptists were generally lacking the clearly defined beliefs which marked previous eras. Subsequently, many Baptists in Australia (‘Modern Baptists’) today are representative of this theological plurality, which is generally anti-creedal, and more theologically inclined towards the General Baptists of old than their Particular Baptist roots.

The rise of Reformed Baptists in Australia since the 1960s is representative of the desire to return to theological orthodoxy and a push back against what is seen as the encroachment of Liberalism. It is a movement that seeks to identify with both the Particular Baptist and Reformed traditions, and specifically the confessional guidance that is articulated within the 1677/1689 LBCF, which is believed to best articulate Biblical Christianity. Yet, other than a differing history and soteriological beliefs, what other differences mark the contrast between Modern Baptists and Reformed Baptists?

In many ways, while Modern Baptists and Reformed Baptists both stemmed from the Puritan, Separatist, tradition and hold to the common points of local church autonomy and believer’s baptism, Reformed Baptists have much more in common theologically with orthodox Presbyterianism than they necessarily do with other Baptists.